This is one of those recipes where a pictures says a thousand words. Cinnamon Raisin Banana French Toast Casserole with Oat Crumble is hands down mmmm mmmm GOOD. 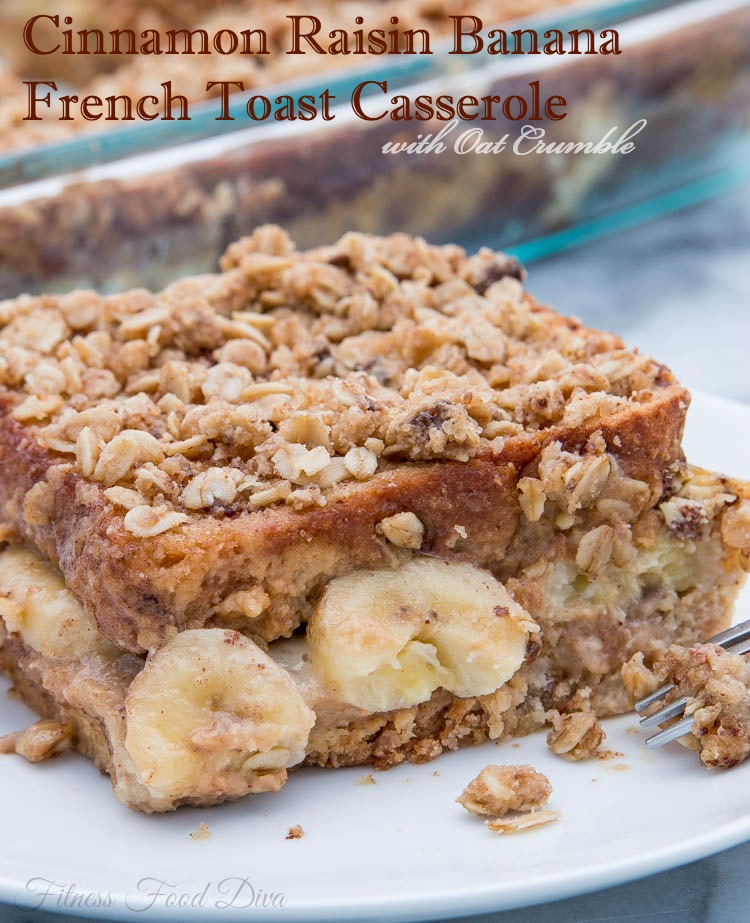 Cinnamon Raisin Banana French Toast Casserole is the breakfast that can be eaten anytime of the day or night. I love breakfast food because really it can be eaten for dinner too. I cannot tell you how fast this was eaten at my house when I made it. I couldn’t get it out of the oven fast enough. The amazing smell it puts out while cooking is so mouthwatering, you feel like you are inside your own bakery. 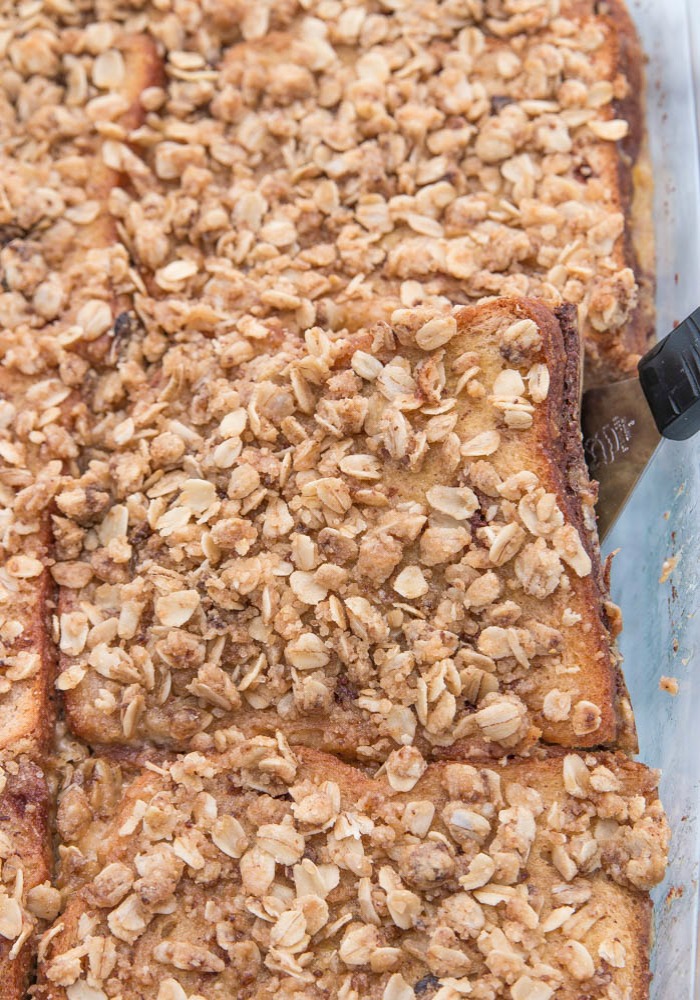 The oat crumble on top is not too sweet and adds just the perfect texture almost like the crumble on a coffee cake, but it isn’t quite as sweet leaving room to be topped with a little maple syrup. Letting the casserole rest over night really gives the flavors a chance to blend together. 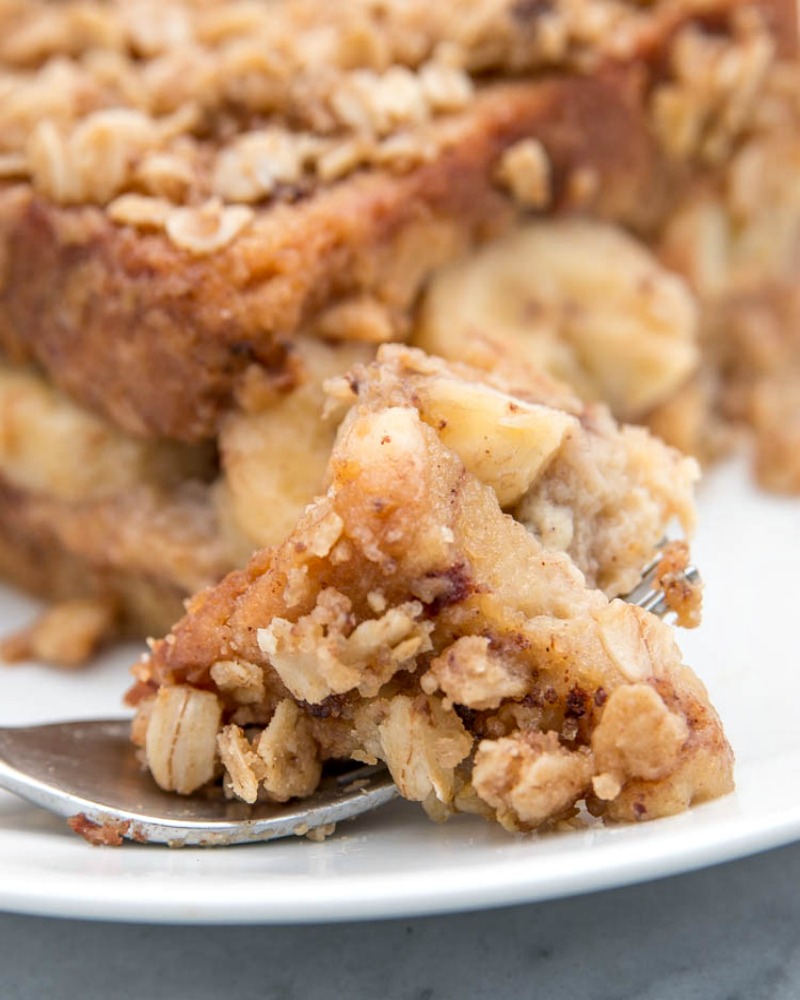 Disclaimer: Individual results vary. Please contact a physician to ensure physical activity is right for you.